A bit of history

Built in the eighteenth century, Mulligans has interesting neighbours. To the right you'll see a gateway with an inscription above it. The inscription, "BEATUS QUI INTELLIGIT SUPER EGENEUM & PAUPEREM; In Die Mala Liberabit Eum Dominus. Psalm xlVI" translates to "Blessed is he who has regard for the weak; the Lord delivers him in times of trouble" and refers to the man who caused the court yard houses behind the gateway to be built, Isaak Swigters. The artist who made the gate, Pieter Pantel (1702-1747), didn't know his bible too well; the quote is not from Psalm 46, but can be found in Psalm 42...

Swigters, a rich Catholic bookseller, paid 34.000 Guilders (in today's money that would be around € 332.000) in 1744 to build a court for poor Catholic women of good behaviour. The alley behind the gate was then known as Speelmanssteeg, "Troubadour Alley". In the Speelmanssteeg eighteen two-room appartments were built which in total could house 36 women. The day-to-day running of the court was in the hands of the Roman-Catholic Poverty Adminstration, which was named sole heir to Swigters.

In 1746 the court was renovated, and since Swigters owned the house between the Speelmanssteeg and the Balk in 't Oogsteeg "Beam in the Eye Alley" (the alley to the left of Mulligans), he requested a Chapel for the women to be built here. Permission was granted by the Mayors of Amsterdam on 26 March 1751. This Chapel is behind the back wall of Mulligans, and was on the list of official Amsterdam monuments after the 1959 renovation. It is (was) the smallest church in the Netherlands, but is now apparantly taken off of the list of protected buildings, since it is now a private apartment.

To the left of Mulligans (if you're facing the pub) you'll find the two most off-angle houses in Amsterdam; have a look at how they lean against each other when you're here!

Of days gone past

In the Gemeeente Archief (Council Archives) we've found some photo's of what the building looked like in the past. As you can see, not much has changed but the tram tracks in the street. Don't worry, the tram's gone now but you still have to watch out for kamikaze bicycles and cars driving at warp speed. 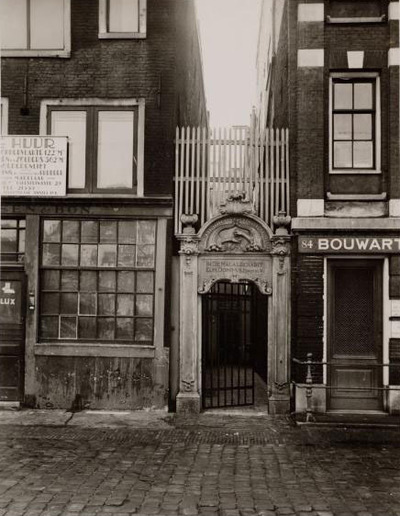 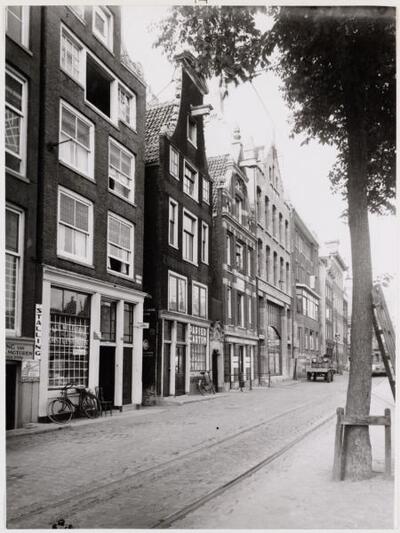 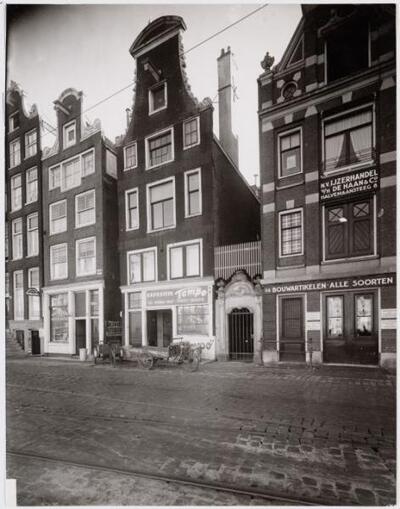 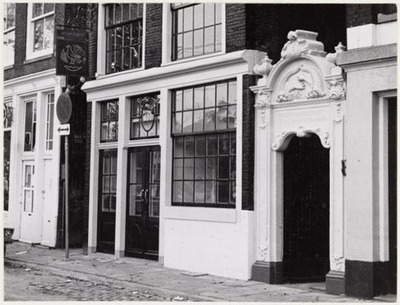 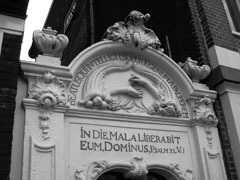